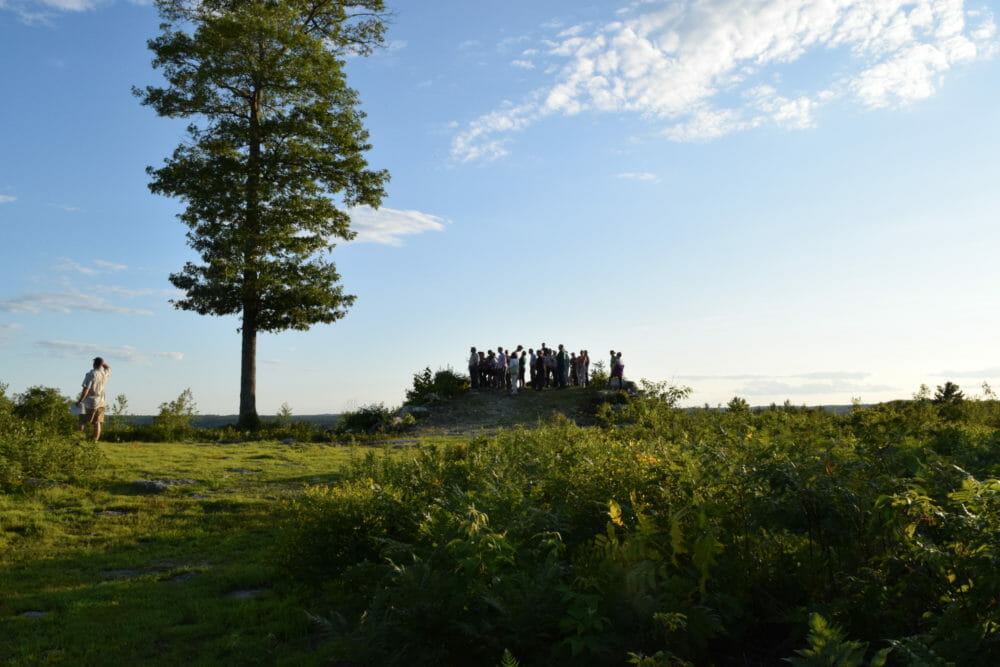 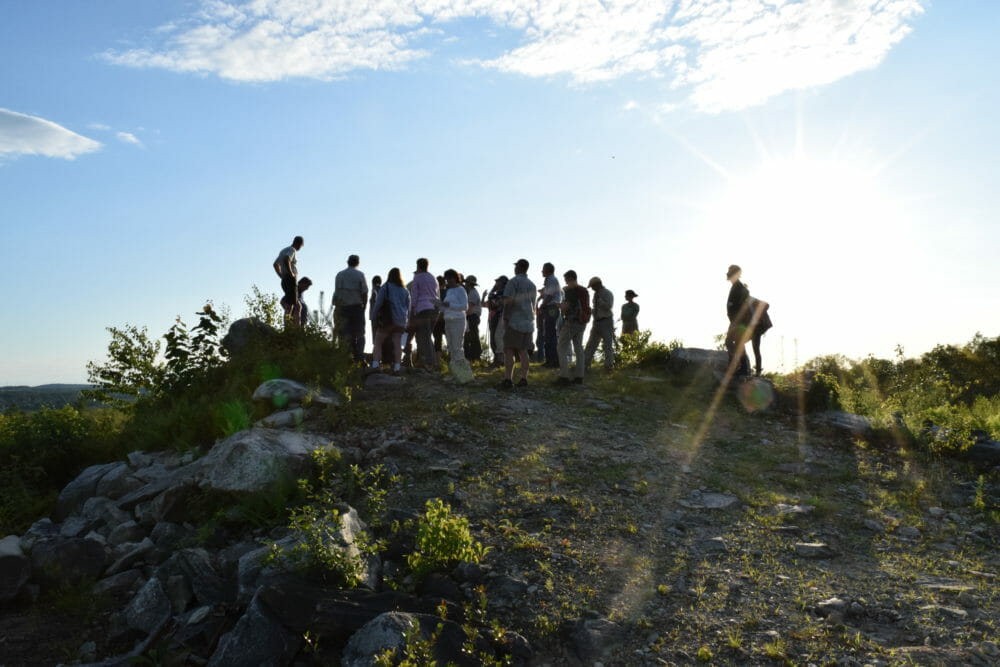 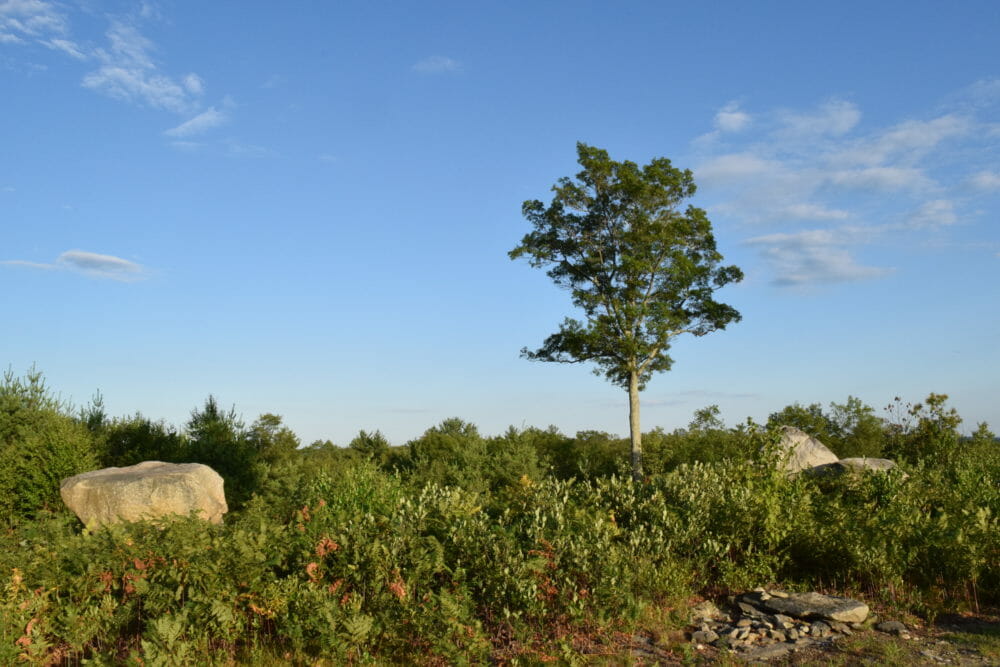 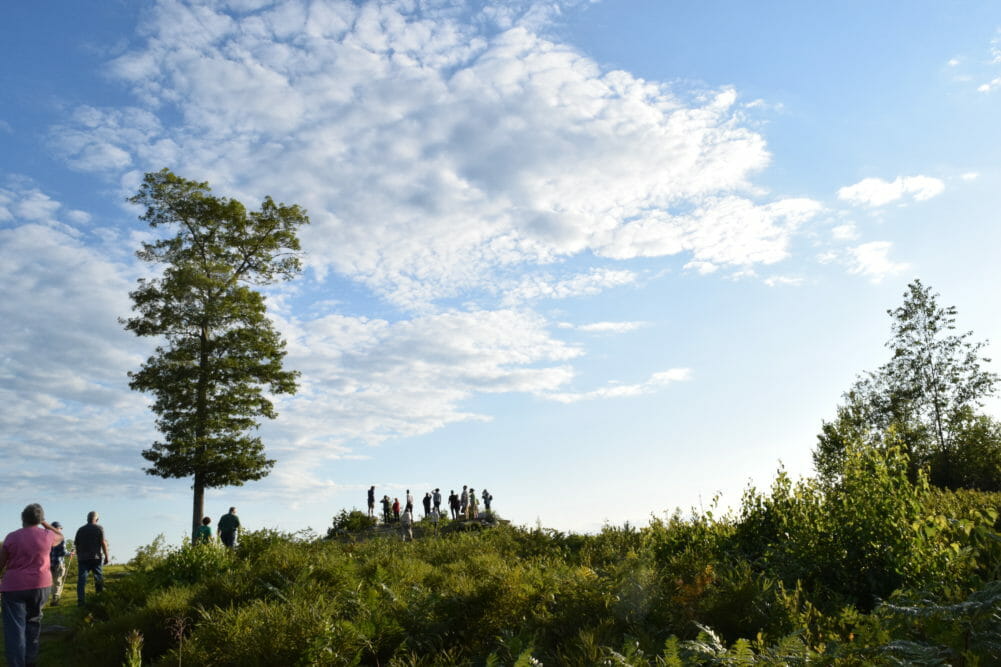 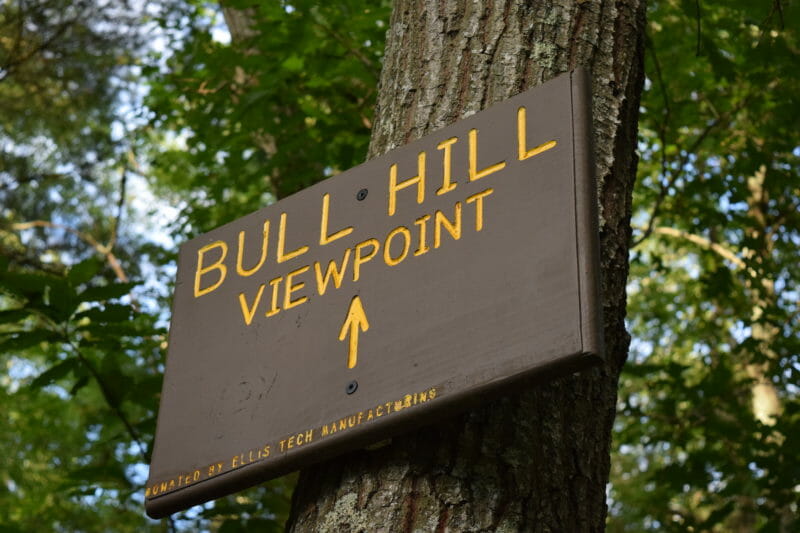 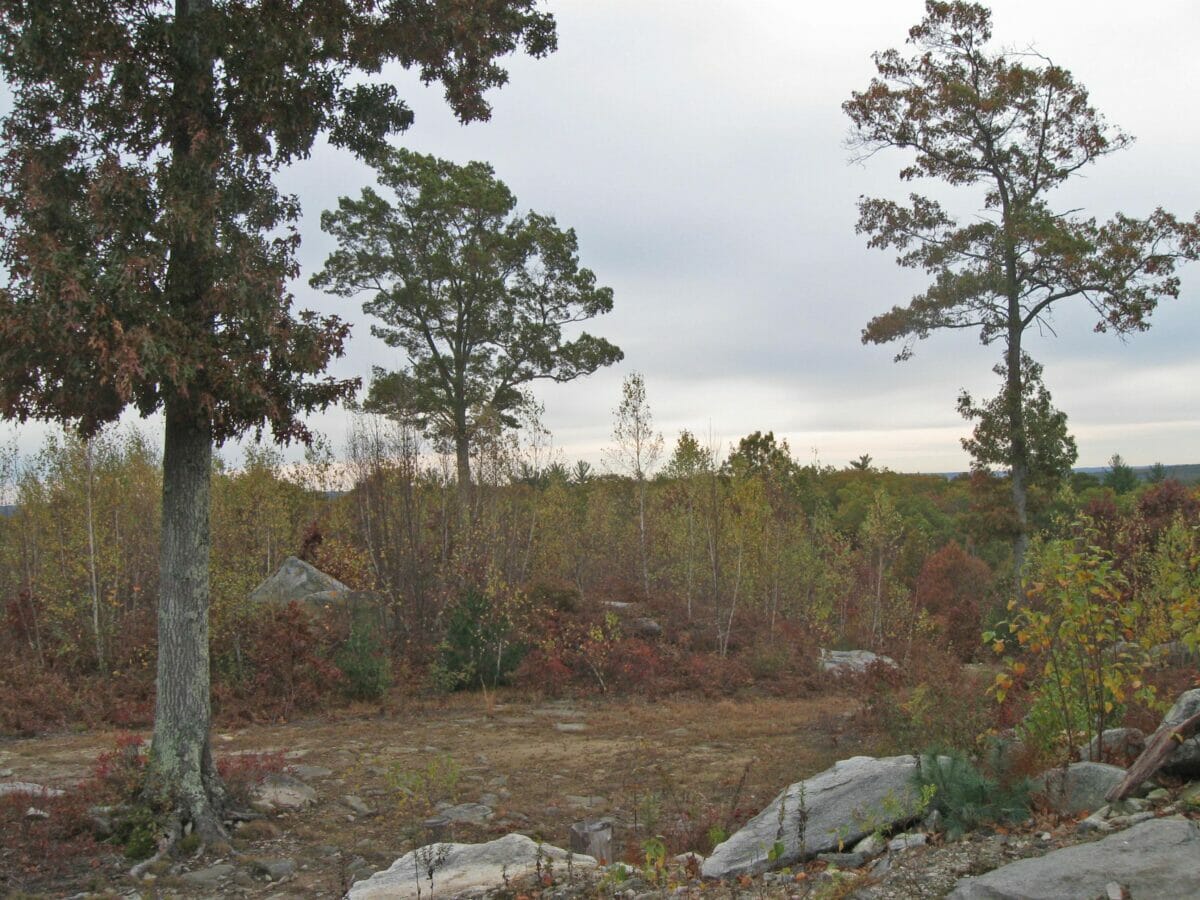 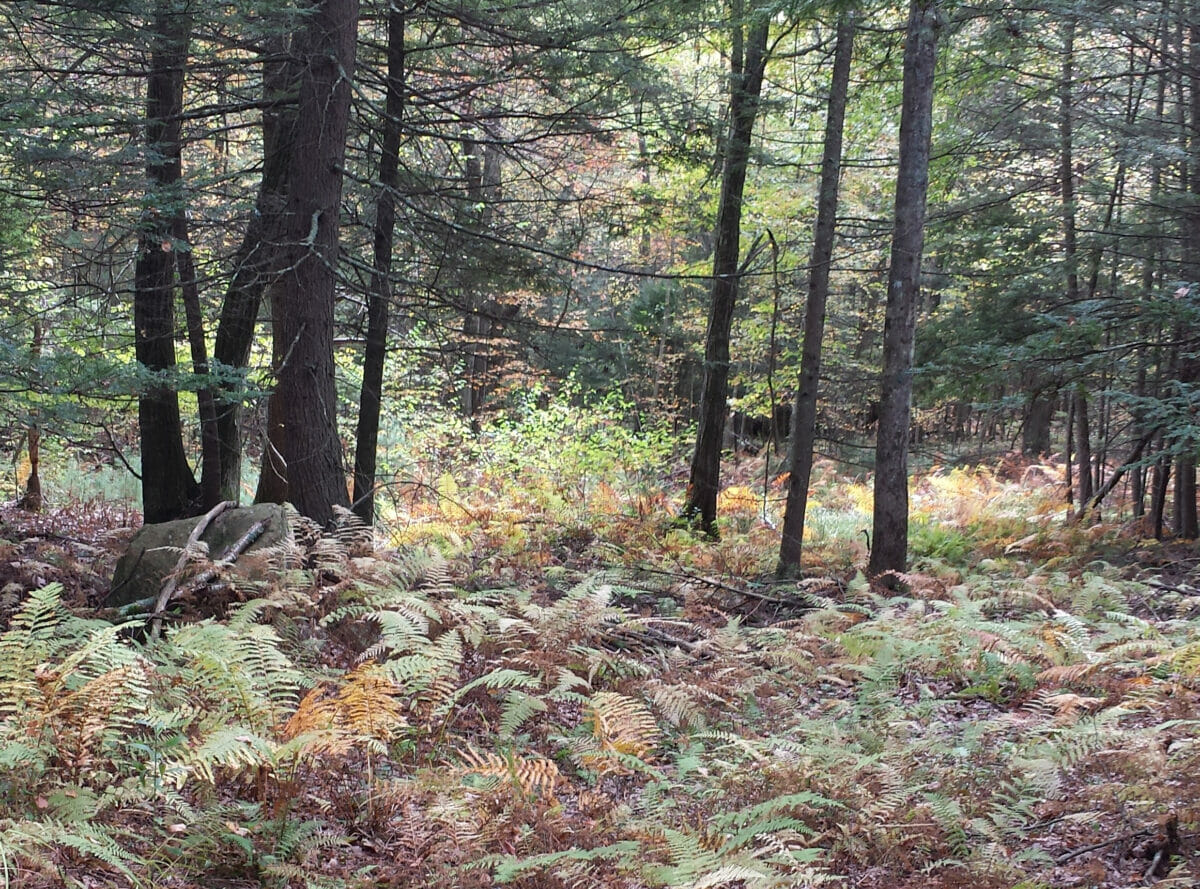 Bull Hill is a large block of unbroken forest running north-south along the Woodstock and Thompson line. Being almost 3 miles long from the northern tip to the southern tip, this forest contains over 3000 acres of undeveloped land with a wide variety of habitat. This land consists of many individual parcels as it was historically used for wood lots and hunting. 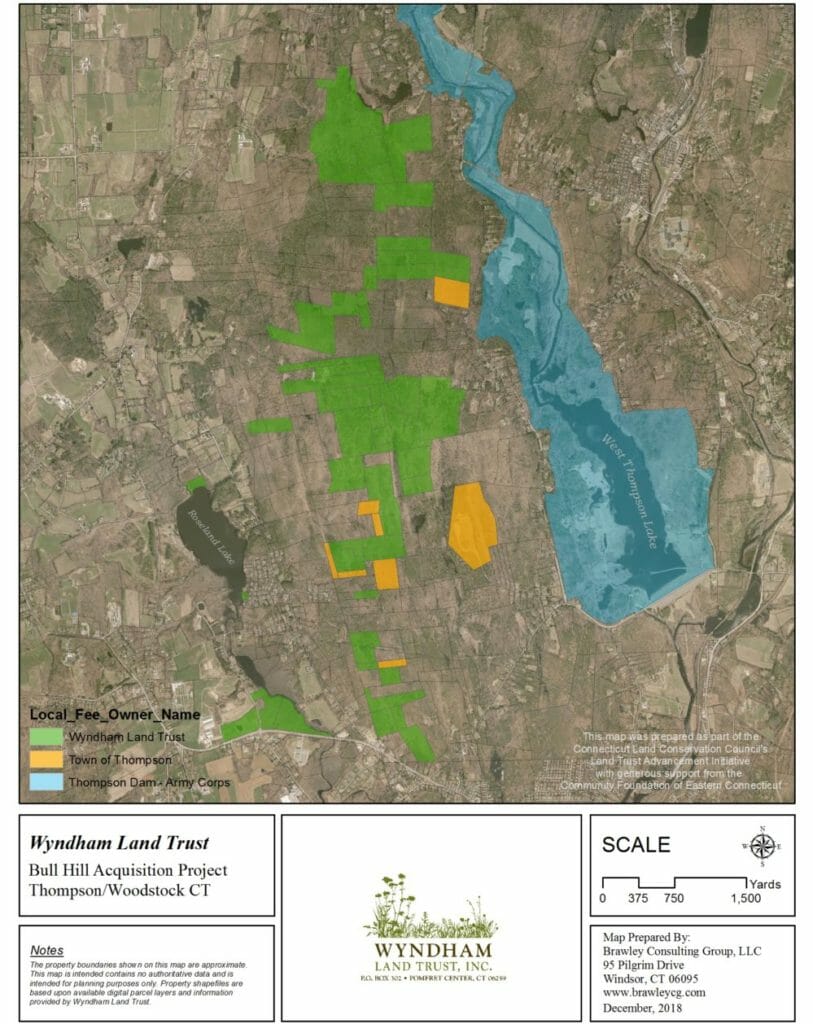 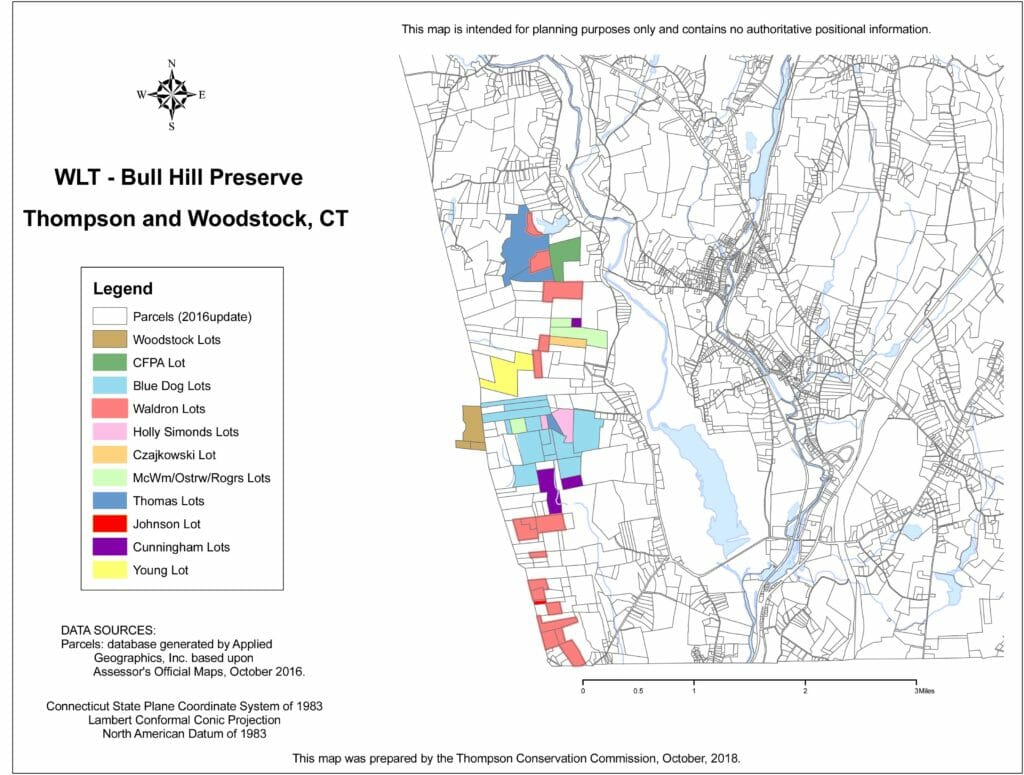 In late, 2016 the WLT became aware of 254 acres made up of 13 discreet parcels of land were being sold for possible development on top of Bull Hill. These parcels included the forest’s high point, the overlook for Bull Hill known as the “Three Trees”. After a review by WLT’s Board of Directors, the conservation potential for Bull Hill became obvious and a concerted effort to raise the funds to purchase this initial 254 acres was begun. Fortunately, a private, charitable foundation responded quickly with a majority of the funds and the WLT’s beachhead was established in February, 2017. Since that time the WLT has continued to add acreage through a combination of purchases and donations. Funding for purchases has come from our membership, private donors, and private charitable foundations. WLT has also been awarded a DEEP open space grant from the State of Connecticut for this purpose.

Where to hike at Bull Hill

Currently, the Bull Hill Preserve is a work in progress.  Although WLT owns approximately 975 acres on Bull Hill, all the properties are not contiguous, but are interspersed with property owned by others.  Please respect our neighbors by parking in the designated area and staying on the marked hiking trail.