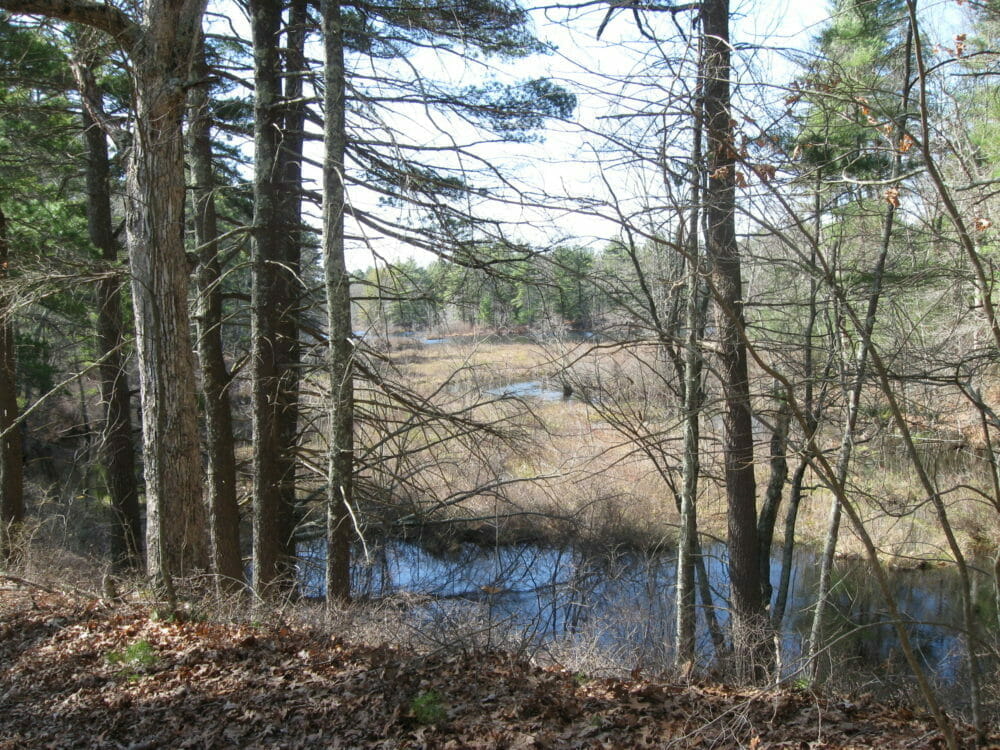 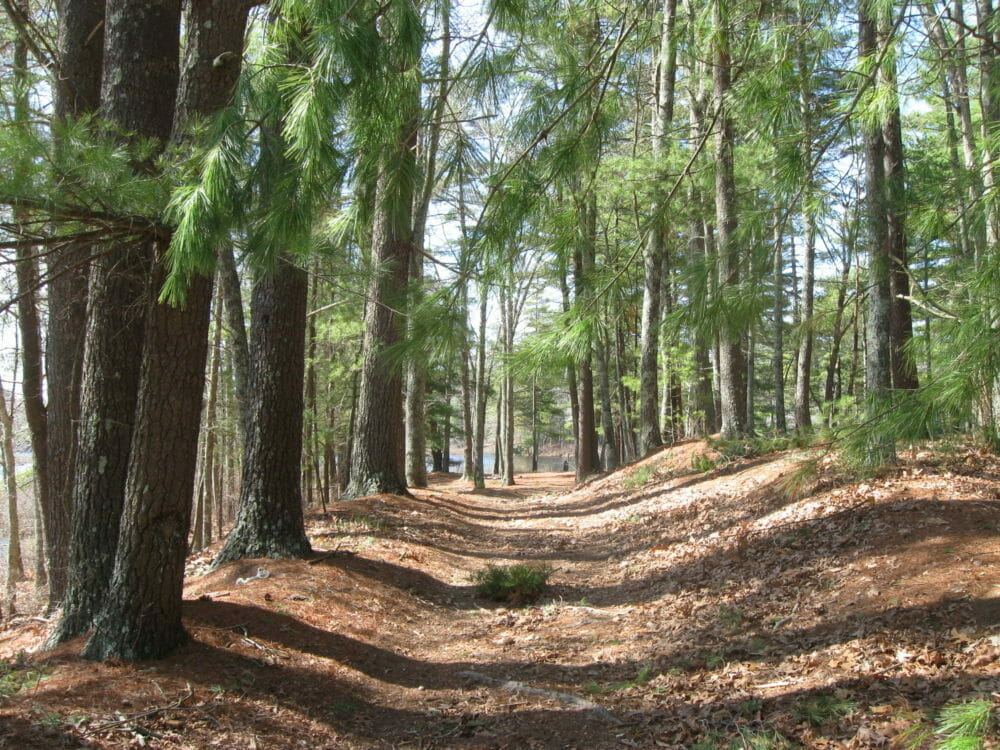 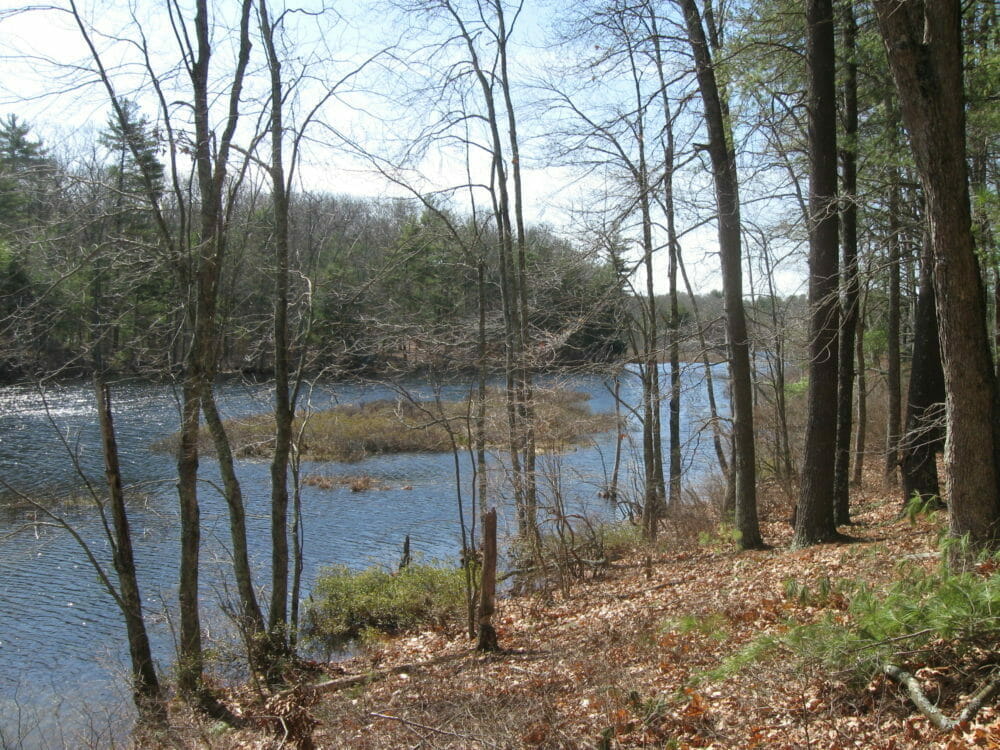 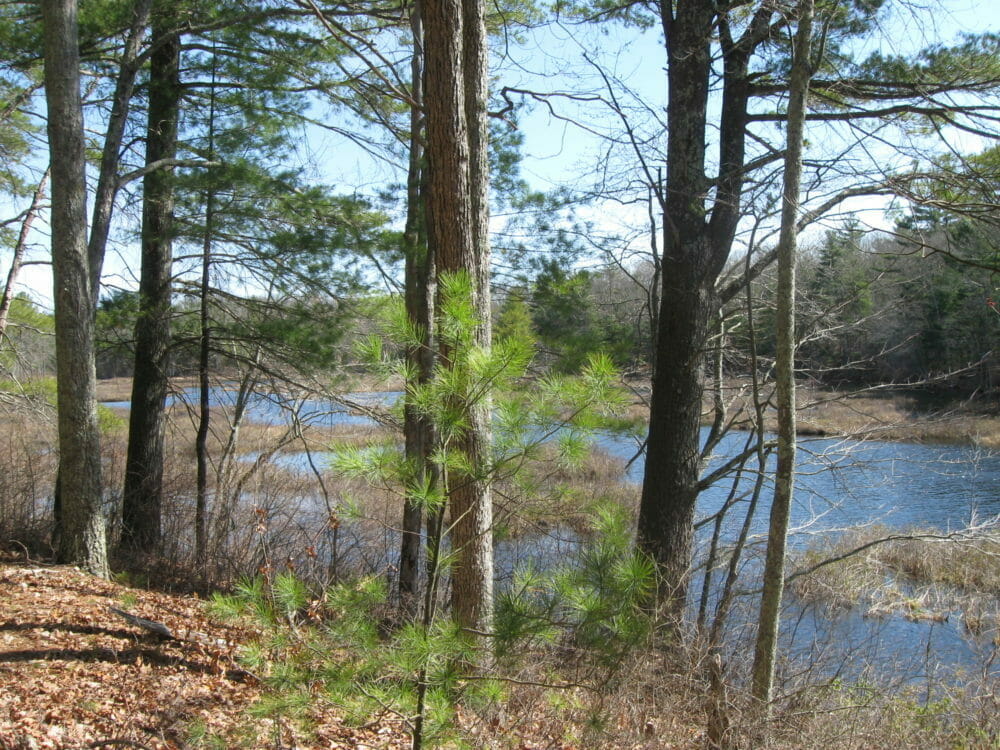 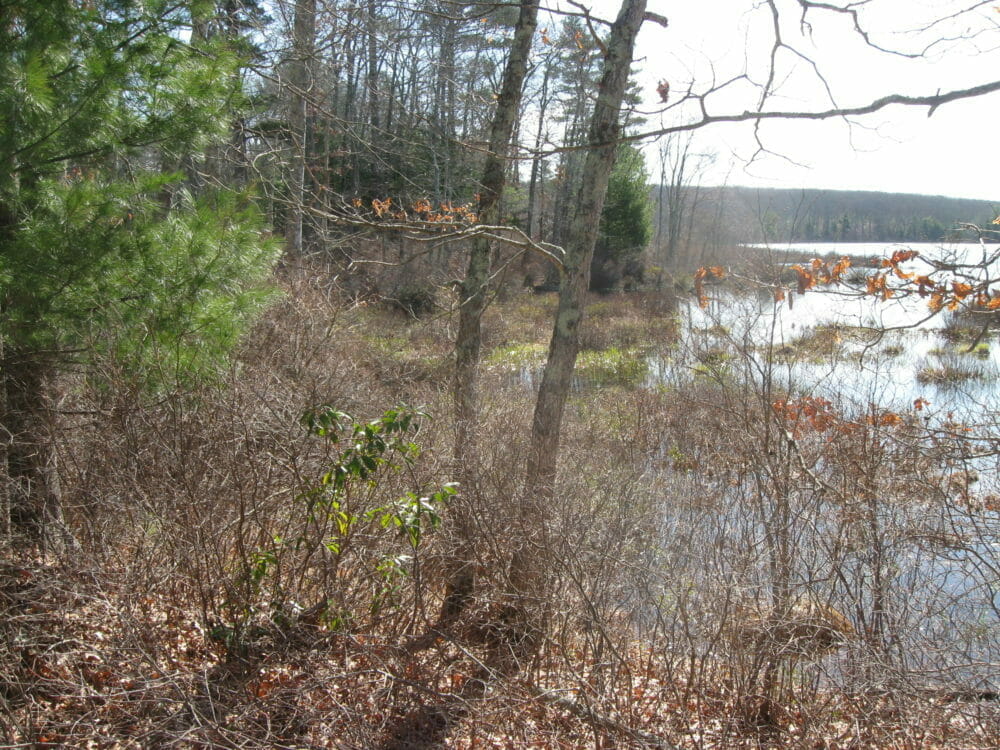 The Long Pond Preserve is a combination of open water, swamps, grasslands, and forested land and is one of the most remote and sensitive ecological areas in northeast Connecticut. The preserve sits just south of the Massachusetts state line and forms the source of the Five Mile River which flows south through Thompson, Putnam, and Killingly before joining the Quinebaug River in Danielson. The fast-flowing river is a favorite of trout fishermen and kayakers and protecting its source benefits both local residents and visitors.

Much of the dry land on the preserve has been mined for sand and gravel during the last century. The open areas generated by the mining are now recovering nicely and, coupled with the extensive wetlands, are home to a many plant, insect, and animal species that are uncommon in northeast Connecticut. Bird sightings on the preserve include Prairie Warbler, Field Sparrow, Brown Thrasher, Bald Eagle, Osprey, Ring-necked Duck, Common Goldeneye, Bufflehead, and Hooded Mergansers. The remains of stone walls and foundations on the preserve indicate earlier habitation by settlers trying to farm the challenging terrain.

The Long Pond preserve is a combination of three separate parcels. The first parcel was acquired in January 2017 and consists of 76 acres purchased through a partnership between the land trust, the Bafflin Foundation, and a grant from the Connecticut Wetland In-Lieu Fee (ILF) program–a new funding source aimed at protecting wetlands in the state. A second, 24-acre parcel was purchased in November, 2018, and a third, 13-acre parcel was donated by the Weiss family in October 2020.

A fourth parcel–the 30-acre Wieloch Preserve–is separated by Jerry’s Swamp from the land trust’s Long Pond preserve. The Wieloch family donated the preserve to the land trust in 2003.

The Long Pond preserve can be accessed from a parking area at the corner of Sunny and Ragina Avenues to the north in Webster, Massachusetts. There is a conservation easement on the land in Massachusetts between the parking area and our preserve, and we have a right-of-way to access our preserve. There is a network of easy-to-walk, family-friendly trails on the preserve. However, despite our efforts, the trails are occasionally used by local dirt bike and ATV riders that ride on the preserve illegally and cause extensive damage to the sandy soil and the delicate ecosystems.